Today, the Central Communications Service held a press conference on the results of the work of the A.I.Barayev Scientific and Production Center for the Grain Economy for 2018. It was attended by the General Director of SPCGF Kenzhe Abdullaev. During the meeting with journalists, the head of the Centre talked about the results of the first project on precision farming in northern Kazakhstan, about the full-scale implementation of the program of digitization of agriculture on behalf of the Head of State, and answered questions from the media.
In 2018 within the framework of digitalization on the basis of the A.I. Barayev Scientific and Production Center for Grain Farming launched a pilot project for the introduction of "precision farming". Using the example of spring wheat production, the efficiency of using resource-saving technology with elements of precision farming in comparison with traditional farming without using elements of precision farming was considered. The result of the use of precision farming in 2018 is a high yield of 25.4 centners per hectare, as well as an average resource saving of 5-15%. Compared with resource-saving farming, the profitability of spring wheat production with elements of precision farming reaches 38.5% per year.
On typical soils of the Akmola region, soil plots were selected and an experimental landfill was set up on an area of 3.000 ha in the land use of A.I. Barayev “SPCGF”. Due to the available human resources, the potential of knowledge of scientific personnel in 2018, the company obtained the yield of spring wheat 2.5 c/ha. The average yield of spring wheat in the fields of the land plot for precision farming was 25.4 entners per hectare, and in fields with traditional cultivation technology, 18.7 centners per hectare with an average yield in the regions of 12.2 and 12.7 respectively.
During 2018, a financial and economic rationale was developed to increase the authorized capital of the National Agrarian Scientific Educational Center with the subsequent increase in the authorized capital of the A.I. Barayev “Scientific and Production Center of the Grain Farming" in order to implement the project. Creating an experimental-technological platform of precision farming on the basis of A.I. Barayev "Scientific and Production Center of Grain Farming” the amount of 1046.8 million tenge. The result was the acquisition of new high-performance agricultural equipment.
Intensive cultivation studies are being conducted aimed at improving the environmental sustainability of the cultivated varieties, primarily grain, legumes and cereals. Currently, cultivation work is carried out on 17 crops, and for such as millet, buckwheat, oats, peas, chickpeas, lentils, wheat grass, the Center is the only institution in Kazakhstan. More than 90 thousand samples of agricultural plants are being studied annually; more than 2 thousand crossing combinations are carried out, involving sources and donors from 59 countries of the world in the process of hybridization. Varieties of spring wheat of the Center in the general structure of crops of varieties of Kazakhstan selection occupy 63%. In the Akmola region, the share of varieties of the Center’s cultivation has increased 3 times since 2002 and amounts to 76.5%.
According to Kenzhe Abdullaev, the year 2018 was successful and fruitful for the A.I.Barayev Research and Production Centre for Grain Farming. So the researchers of the durum wheat laboratory were able to get 46.5 harvest centers from the Damsinskaya 2017 variety. Research work began in 2015. The peculiarity of this variety is it’s resistant to various diseases and drought. The variety "Damsinskaya 2017" is adapted for cultivation in the northern regions of our country. Environmental trials took place in the north Kazakhstan region, where this variety yielded a yield of 46.3 centners. Recall that, in comparison with 2017, in A.I. Barayev SPCGF the yield of spring wheat increased by more than 2.5 times and in 2018 amounted to 25.5 c/ha.
As a result of the implementation of the Scientific and Technical Programs, 52 agrotechnologies and their technological schemes were developed and adapted, 41 recommendations on the practical application of the NTP results were issued, 40 applications for patenting were filed, and database on the management of production processes in crop production was generated.
A.I.Barayev “SPCGF” supported the initiative of the Head of State and increased the salary of workers by 10%.
The mission of the Center’s strategy until 2023 is to provide scientific support for the development of the agro-industrial sector in the field of crop farming and ecology in the steppe regions of Kazakhstan.
скачать dle 12.0
344 -рет қаралды 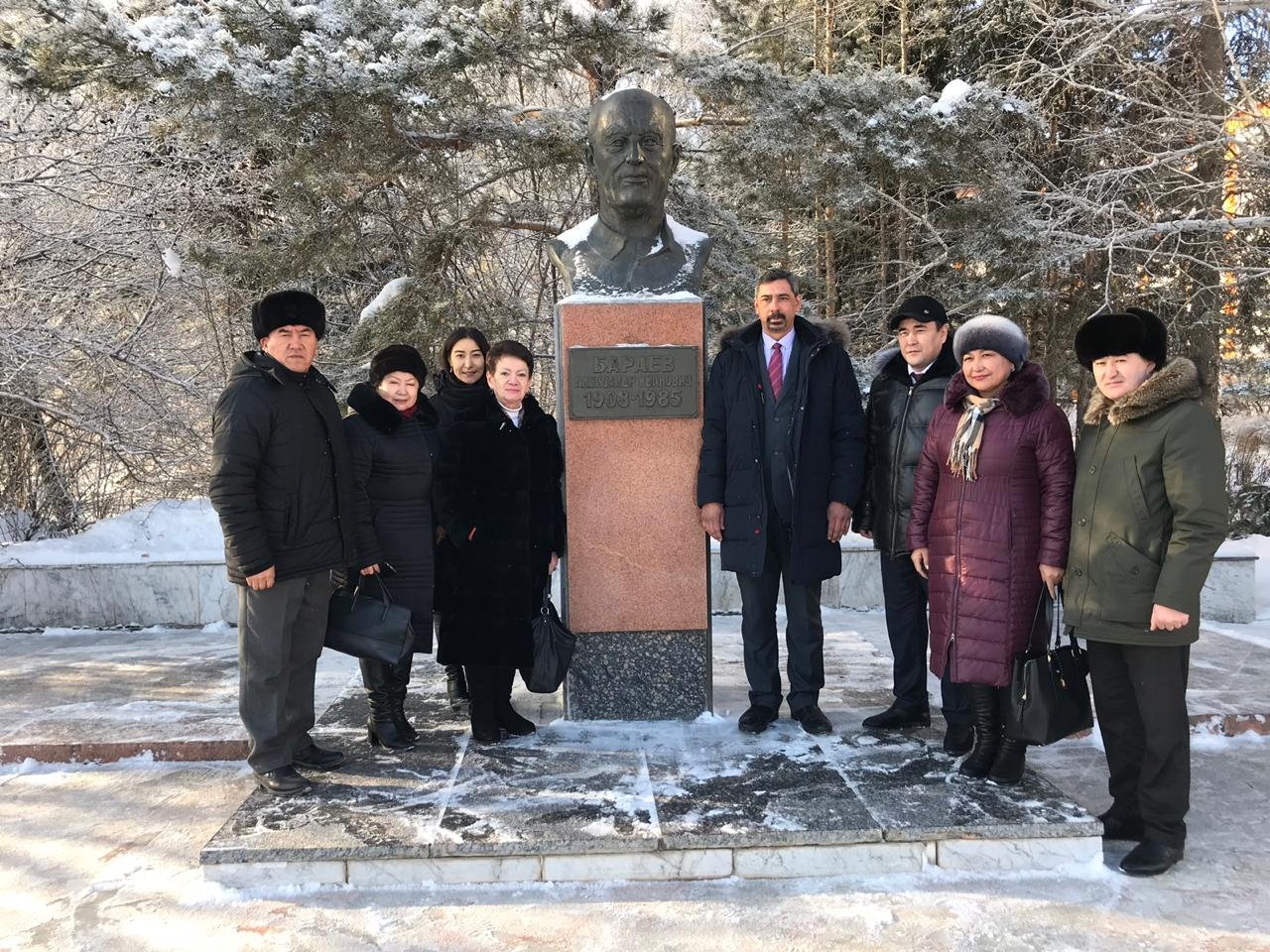 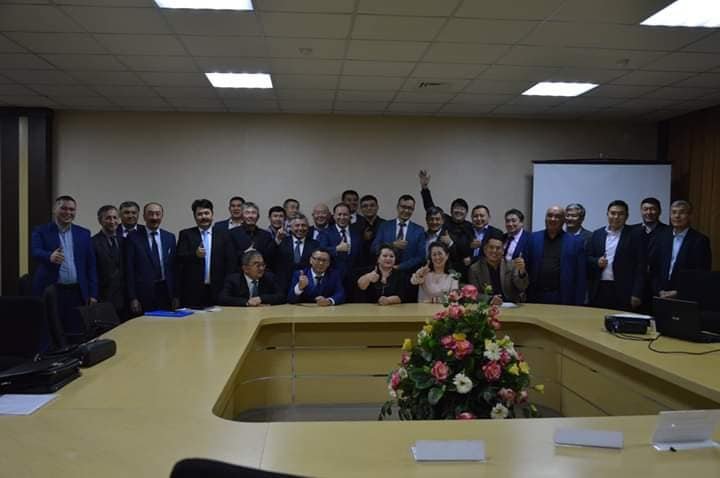 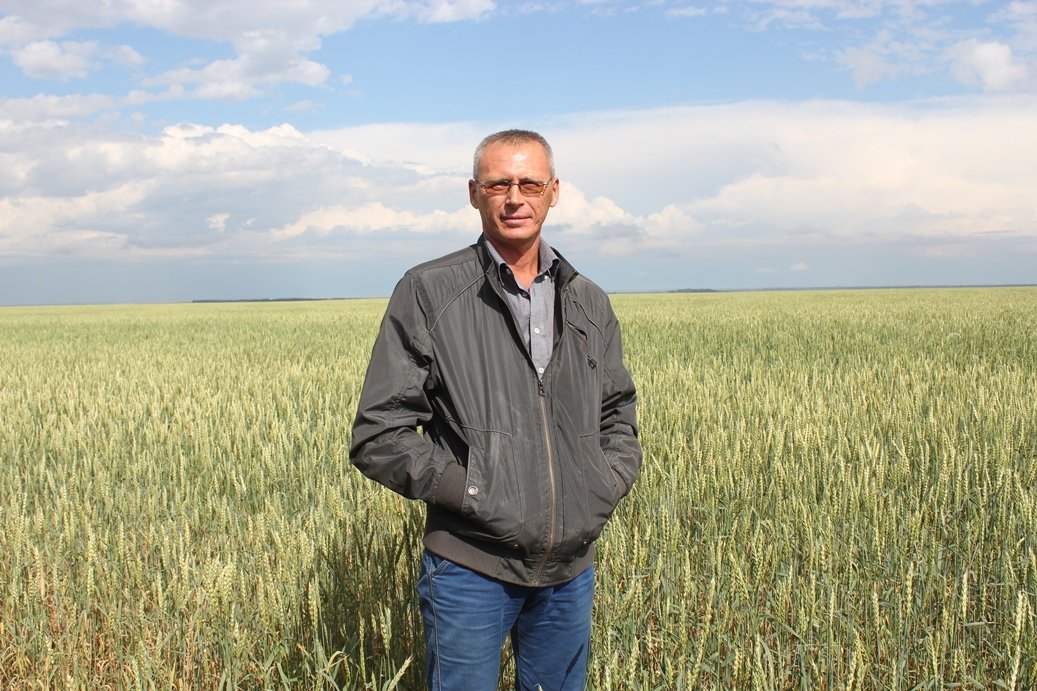 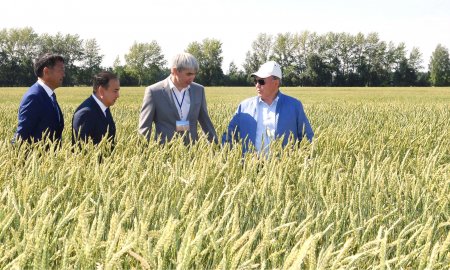 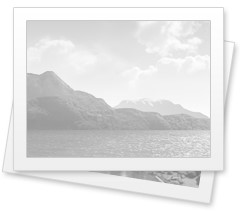